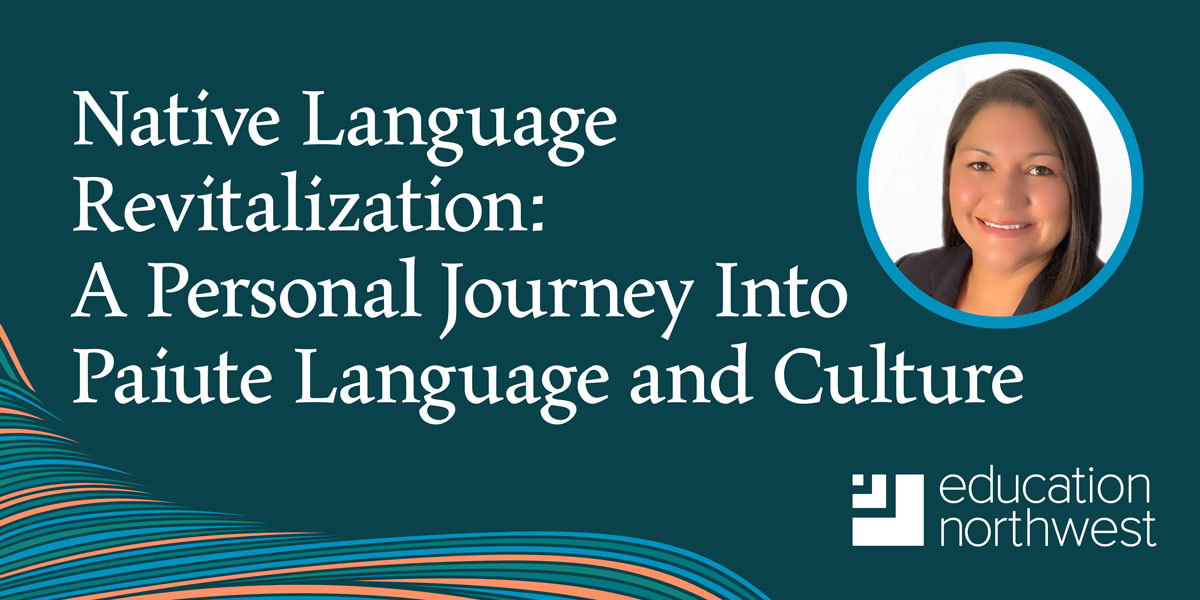 My journey in Native language revitalization began in early childhood. I am Kooyoo'e Tukadu (a member of the Pyramid Lake Paiute) and grew up on the Walker River Indian Reservation in Western Nevada with two grandparents who were fluent in the Paiute language. As I became more aware of the language around me, I began to wonder why my grandparents were the only ones in my immediate family who were speaking this beautiful language.

My grandfather attended Stewart Indian Boarding School in Carson City, Nevada, where he, like so many of his generation, was forbidden to speak his language or practice his cultural traditions. My grandmother attended the Day School in Nixon, Nevada, and also experienced forced assimilation. Yet, both managed to retain their language and still preferred to use it with each other.

As they raised their children, however, they came to believe it was better to focus on English. They wanted their children to be prepared for success. It must have been a heartbreaking decision. And still, I remember them teaching us grandchildren Paiute words and talking to each other in Paiute in front of us. They would tease each other about the right way to say a word, as they spoke different dialects, Pyramid Lake Paiute and Walker River Paiute. These conversations were often full of laughter, and I came to associate their use of Paiute with feelings of warmth, family, and joy.

When I entered the grade school on our reservation, my peers and I would share Paiute words we had learned at home. Over time, we developed our own way of speaking, our own kind of language. It was a mix of English, Paiute, and slang, and it could not be understood by outsiders or even some of our own family members. This secret language created a bond. Underneath it, I think now, was a real desire to connect to our heritage. It was my first experience of how language, identity, and community are intertwined.

Just before my eighth-grade year, our school district decided that grades 7 and 8 would be moved out of the elementary school. Students on the reservation were given the choice of attending a brand new middle school in Sparks, 30 miles away, or Fernley Intermediate, about a mile and half from our elementary school. I decided to attend grade 8 in Sparks, as I wanted to play basketball at a 4A school.

I remember the first day of school at Sparks. There were about 30 of us who had made the choice to attend this school, and the bus from the reservation was full. Our arrival made quite a stir. None of the white students had seen a bus full of Indian students before. We were greeted with suspicious looks, mocking war whoops, and racist language. This would continue throughout the first semester—in the hallways between classes, in the lunchroom, and on the long walk from the bus into the school.

At first, our secret language was a form of protection. It kept out those who were openly hostile to us. The students who were interested in talking to us and being friends were confused but curious about the way we talked. “What does that mean?” they would ask. Sometimes we would tell them, sometimes we wouldn’t. It was a way of finding our own community within the school, one person at a time, on our own terms. Language was the key.

The experience at Sparks was not our first taste of cultural stereotyping, misunderstanding, and hostility. Most of us had participated in a Native dance group in elementary school that would give cultural presentations at the surrounding schools off the reservation. These experiences had already shown me that there was a need for more education about Native Americans. Even at that age I had felt a desire to teach others about my language and culture.

The next year, as I was beginning my freshman year in high school, my grandfather passed away from cancer. I was devastated. Not only had I lost a beloved grandfather, I had also lost a vital connection to my heritage, which I had begun to embrace with an even more conscious pride.

The secret language I shared with my Tribal peers had begun to fade during middle school, but my interest in the traditional Paiute language and culture was growing by the day. My grandparents were my primary connection to that tradition. Now, one of them was gone.

To make matters worse, high school also brought the requirement of learning a non-English language that was approved for credit by the district. Paiute was not among the options. As I sat in those required language classes, feeling resentful, it didn’t occur to me how beneficial it was to learn another language. I was too focused on the lack of recognition for my own language and the irony of the historical context. I was, in my own way, already beginning to feel like an advocate for my culture.

A Sense of Urgency

Native language revitalization began to gain momentum in 1990, when the U.S. government passed the Native American Languages Act (NALA), a “federal policy that allows the use of Native American languages as the medium of instruction and affirms the right of Native American children to express themselves, be educated, and assessed in their languages.” It took a while for this legislation to have an impact at the ground level, but by my sophomore year, in 1997-98, my Tribe had secured a federal grant to support language preservation and documentation efforts, including a Paiute language class at the local Bureau of Indian Education (BIE) high school. While we were all worried about my grandmother after my grandfather passed, we became very excited when she was hired as the language coordinator for this grant program. In many ways, this program changed the course of my life. Influenced by my grandmother, I switched schools from Sparks to the local BIE school. I wanted to go deeper into my language and culture, and I was not alone. The school grew from six to 60 students that year, as many of my Tribal peers looked for the same Native-focused experience.

I took the language course at every opportunity, and my grandmother also made me copies of all the materials and started a Paiute language binder for me, which was both a physical and symbolic representation of the importance of carrying this work forward. My grandmother also impressed upon me the urgency of this work. Each passing of a Paiute-speaking elder was also a huge loss of cultural knowledge, as my grandfather’s passing had been.

By the time I graduated from high school and entered a small, private college nearby, I had become a strong advocate for the revitalization of the Paiute language. I lobbied the college administration to offer credit-bearing Paiute language courses, and they were eventually one of the first to do so. This was important, as most universities in Nevada only offered such classes as electives. American Indian students could test out of the language requirement using their native language, but they still had to replace those six credits. This left little incentive for Native students, or others, to take Paiute language courses.

The impact of awarding college credit for Paiute language courses has been bigger than I could have imagined, particularly in the area of teacher training. Now, according to Nevada Administrative Code §391.233, in-service teachers who have completed six semester hours of course work are eligible for a Great Basin Native American language endorsement, thanks to a committee that worked with the Nevada Department of Education and the Professional Standards Committee. This encourages future teachers to deepen their study of Indigenous languages and is leading to more course offerings at all levels of the education system.

All of this is having a significant impact on the preservation and revitalization of the Paiute language. While most of this effort is driven by Native people, I have also witnessed a growing interest and awareness in the Indigenous peoples of the Great Basin among non-native students and teachers. Far from my experience at Sparks, I sense a genuine interest and desire to learn about Paiute language and culture as a way of honoring and showing respect for those who were here first.

In the 2021-22 school year, another Nevada school district began offering the Paiute language as an in-person class at the elementary, middle, and high school levels, and several other districts in the state are exploring how to offer Native language courses in the near future.

While we have made great progress, there is still much that needs to happen to ensure Native languages are honored, recognized, and taught in schools. This includes training, recruiting, and retaining new Native language teachers; providing professional development for current language teachers to equip them with evidence-based and culturally responsive teaching strategies; and developing innovative and engaging curriculum that can be approved for accreditation. What began for me in the most personal way—a child hearing her grandparents’ voices, speaking what seemed to me an intimate, almost secret language—has since become a big part of my public and professional life. To educate and advocate for the language and culture of my people is my great honor, and I am proud to join with others across North America who are engaging in similar work, keeping their own languages alive. We carry it forward. 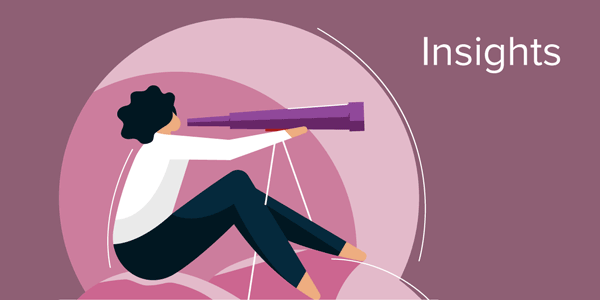 Together, We Own Our Education: How Alas…